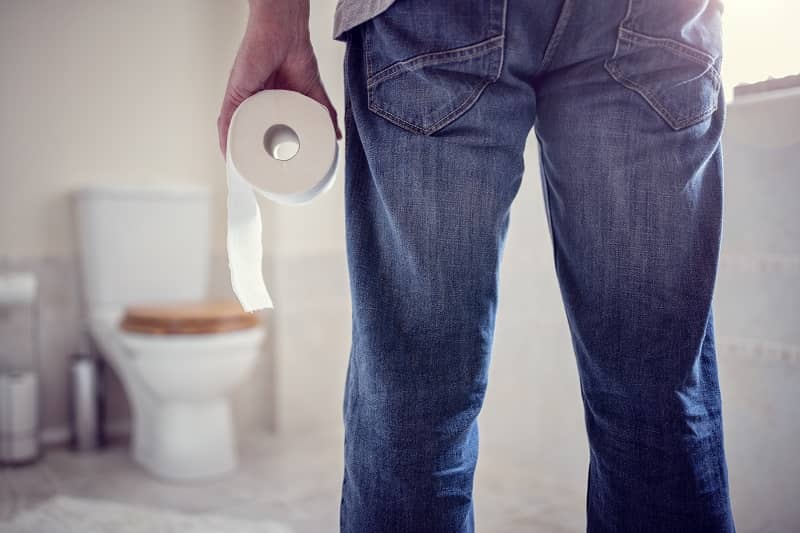 How we “go” isn’t something we think about very often. It’s a daily habit that’s been ingrained in us ever since we were first potty trained. But what feels perfectly natural and acceptable for us in the United States causes a lot of confusion in foreign cultures. Here, we’re going to look at some weird western bathroom customs that other countries simply don’t understand. This should be interesting!

In the western world, toilet paper is a cornerstone of bathroom hygiene. Potty humor and toilet lore are full of vivid horror stories of people running out of this coveted cloth – accounts that make people shudder with fear. Even in emergency situations, toilet paper is one of the first essentials to get bought out.

There are many countries that would be shocked by this behavior as toilet paper has no place in their standard bathroom routine. So, what’s used instead? Well, for many underdeveloped countries, bathroom standards have revolved around what’s available rather than what’s most comfortable.

That’s why many cultures simply use water and a hand to get the job done. Interestingly, this practice has influenced other cultural norms too. For example, in India, shaking hands with the left hand is viewed as a sign of disrespect as this is the hand normally used in lieu of toilet paper. Thus, the tradition of using the right hand when greeting someone was born out of concern for hygiene.

Sitting down to “go”.

Sitting down to “go” is another US bathroom custom that would make other cultures scratch their heads in confusion. Yes, sitting down! “How else would you do it?” you might be asking yourself. The western world is in the minority on this potty issue. It’s estimated that around 66% of the world’s population squats instead of sits when using the restroom.

In addition to giving your legs and abs a nice workout, this position has been shown by some studies to make it easier to “go”. It might not feel like it to us, but squatting is more natural for the human body.

In countries where this position is the norm, toilets are no more than ceramic squares with ribbed pads for secure footing and a drainage hole for waste. So, if you’re planning a trip pretty much anywhere outside of the West, make sure to bring your own toilet paper.

Further Reading: If you’re enjoying learning about the bathroom habits of foreign cultures, consider reading about how the toilet has developed over time.

Not every strange US bathroom custom is negative. In fact, there are some things other countries would do well to steal from our bathroom playbook. One of our best public restroom ideas is free public facilities.

Thanks to the Committee to End Pay Toilets in America (yes, that was a real thing!), most public restrooms in the US are free to use – something other countries have yet to adopt. In fact, most European countries still require people to hand over a few coins just to answer Mother Nature’s call.

Although the fees typically hover around 25 to 50 cents, having to pay to find relief in public is still an unpleasant thought to Americans. Still, this fee is seen as the norm throughout Europe as well as many places in Asia. So, if you’re ever traveling abroad, make sure to keep some spare change on you so you can pay the toll when you can’t hold it.

A common culture shock for foreigners visiting the US is our “go big or go home” mentality. Everything seems bigger than life including our colossal portion sizes, massive vehicles, impressive highways, and even…you guessed it, our toilets. Even cultures that do share our penchant for sitting on the john still see our public toilets as peculiarly oversized.

More specifically, the oblong, U-shape of a standard public toilet seat is significantly larger than anything you’ll find abroad when diving into foreign toilet routines. Even in the US, you’ll see a difference between the size of your toilets at home and those out in public. Is this a hilariously detailed practical joke, or is there a reasonable explanation for this size difference?

Well, the International Association of Plumbing and Mechanical Officials (again, a real organization) actually designed and proposed the large, U-shaped toilet seat with a specific purpose in mind: to make it easier for people to wipe without having to touch a nasty toilet seat. It’s tough to raise a stink about that logic!

Since the initial proposal was brought forward, the design of the larger toilet seat caught on with most public toilets now sporting the look. It might feel a bit awkward and require a wider stance than normal, but it’s just another idiosyncrasy that makes American bathroom customs so unique.

Eager to bring the Portland Loo to your city? This dynamic public facility can easily be installed in a transportation hub, a local park, a business district, and anywhere else it could serve the community. Contact us today to learn more about the Loo, how it can benefit your town, and what it would cost to make it happen.