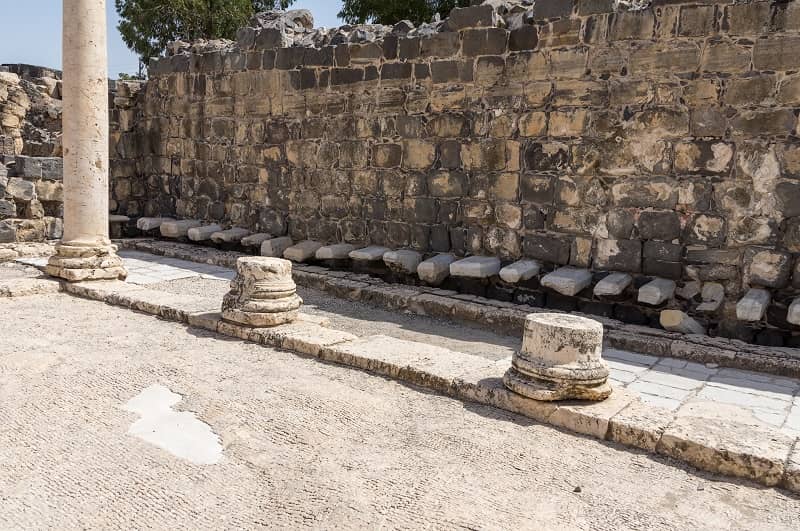 Since the invention of the flushed toilet, our world health has improved dramatically. Unfortunately, there are areas of the world that still do not have access to a toilet of any kind – totaling at about four out of every ten people! That’s approximately 2.6 billion people, according to the United Nations. This creates a health risk to these communities where animals – and even people – unknowingly carry back waste from the areas surrounding their homes, which spreads disease. This is why the Portland Loo and other free public bathrooms are a huge factor to keeping the city clean and healthy! So when and where did the toilet first appear on earth? Well, there is some debate about that, but here’s a historical timeline that shows some of the possibilities:

4000-year-old drainage systems were uncovered from archaeological excavations in northwest India. Some have theorized that they may have been toilets, but it’s not yet clear if this is actually what they were for. It is clear that they were, however, advanced in urban planning and likely that they highly valued hygiene. The system possibly could have been part of some sort of religious ritual as well.

Many people now agree, however, that the first indoor toilet was probably created in Scotland, during the Neolithic settlement of Skara Brae in Orkney, which dates back to 3000 BC. According to historian Allan Burnett, there’s evidence of stone huts with drains built into village walls, where the waste was flushed into a drain with pots of water to create an antiquated sewer system.

Others believe that it was the Greeks who constructed the first toilet in the Palace of Knossos around 1700 BC. Latrines have been found in the palace with large earthenware pans connected to a flushing water supply that ran through terra-cotta pipes. Nothing else in Europe came close to this sort of system until the middle of the 16th century!

There is definite evidence that in Rome there were social gatherings at toilets. Over 140 public toilets were found, originated from around 315 AD, in a communal area. It’s been determined that this was a place where Romans met friends, caught up on local events, and they used a piece of sponge attached to a short wooden handle in order to wipe themselves.

In Medieval times, there was a small room in the castle with a seat creviced into an outside wall, and a small opening from which royalty would stick their bum out and do their business.  This opening in the toilet or “garderobe” would then lead down and discharge out of an opening into the moat surrounding the castle. This eventually evolved into what was known as a “commode“, a box with a lid that opens to a seat with an opening into a copper or porcelain pot that collects the waste.

It wasn’t until the 16th century that Sir John Harrington (godson of Elizabeth I) finally created the first Flush toilet! He made a water closet with a raised cistern and small downpipe, with water released by a valve, for both himself and the queen in 1592. Unfortunately, the invention was pretty much ignored until 1775 when watchmaker Alexander Cummings developed an s-shaped pipe for under the toilet – which helped to keep it from smelling so bad!  That’s when flushed toilets became mainstream.

And it wasn’t until the 1880s when a famous London plumber named Thomas Crapper was hired to build lavatories in several royal palaces. Since that time, Crapper is often inaccurately given the reputation for inventing the first toilet, but his name became famous simply because he was one of the first well known dealers of bathroom wares. Kind of like the Kleenex of flushed toilets.

Toilet systems have evolved quite a bit from pots of water to flushing with basic water tanks that rest on top of the bowl. Innovations have increased at a rapid rate more recently with the U.S. Energy Policy Act in 1994, which required the common flush toilet to use only 1.6 gallons of water – which is less than half previously. Despite some complaints about clogged toilets and claims of extra flushing necessary, companies have been developing all kinds of improvements on the original wooden box with a lid to make it more efficient and hygienic than ever.

If you want to keep your city or organization clean as one of the 60% in the world that has access to toilets, give The Portland Loo a call! We help schools, parks, transit stations, and other populated areas, who need a preconstructed standalone bathroom that fits on almost any sidewalk, anywhere! Contact us for more information and pricing.