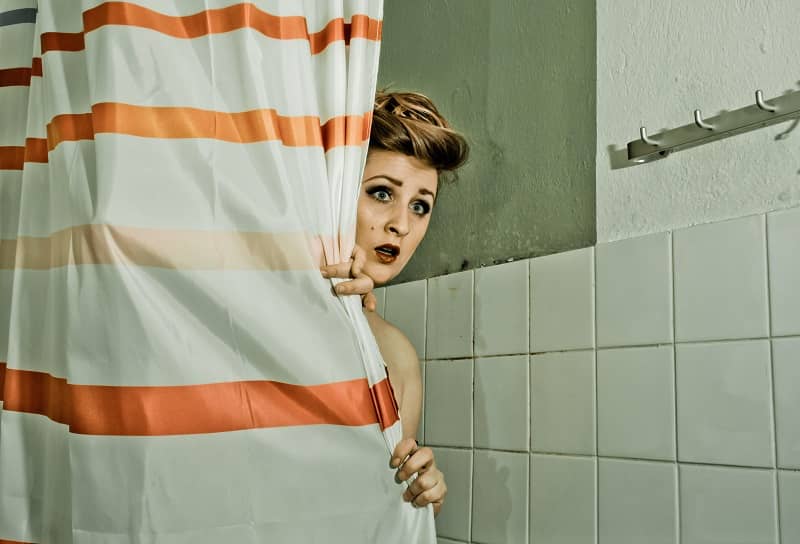 Over the years, Hollywood has produced some iconic scenes in one of the most unlikely of places – the bathroom. As one of the most overlooked actors in the history of theater, it’s time to finally give this indispensable thespian its due.

Let’s look at some of the iconic bathroom scenes that have captured the imagination of audiences for decades. If there were an Academy Award for the Best Porcelain Actor, these toilets would have flushed away the competition.

Harry Potter & The Chamber of Secrets

J. K. Rowling graced everything with the enchantment and magic for which the Harry Potter series has become so well-known…even the toilets at Hogwarts. When Harry, Ron, and Hermione sought privacy in an unused bathroom to get up to their usual mischief, they encountered one of the most memorable characters in the Chamber of Secrets.

Moaning Myrtle’s blood-curdling shrieks and piercing voice weren’t soon forgotten by audiences. Neither was the fact that she lived in a bathroom which isn’t too glamorous for a magic-infused world. By the end of the movie, it was revealed that the entrance to the rumored chamber of secrets was in the bathroom the whole time.

Who was the best-looking actor in Pretty Woman? That impeccable bathroom, of course! In one of the movie’s best scenes, Vivian is basking in the comfort and luxury of Edward’s opulent bathroom. While some audience members were distracted by Julia Robert’s performance, toilet enthusiasts were enamored with the layout of the bathroom.

Would the romantic scene really have been so moving and iconic without that wonderful, double-sized, pink-granite bathtub? We don’t think so! Whoever oversaw designing that bathroom set deserved a promotion.

Speaking of iconic, the Shining’s “Here’s Johnny!” scene is easily one of cinema’s freakiest moments. After hacking his way through the bathroom door with Wendy screaming bloody murder, Jack Nicholson sticks his head through a small slit and delivers that famous line which was completely improvised.

If you haven’t seen the movie yet, we’ll spare you the subsequent details. And even if you have seen it, you probably don’t care to be reminded. Let’s just say, it was probably the crappiest thing that the toilet had ever seen. But the cramped and inescapable setting of a small bathroom really added to the terror and suspense of this amazing scene.

Continuing the theme of bathroom terror, we’re moving onto a film considered by many to be the greatest of all time. Francis Ford Coppola’s Godfather captured the strong familial bonds and intense turf battles of Italian Mob life better than any other movie had done previously or currently depending on who you ask. And believe it or not, a toilet had a pretty important role to play.

One of the most iconic scenes sees Michael Corleone, played by a young Al Pacino, slip into the bathroom during an intense meeting with a crooked cop and a rival patriarch to grab a gun that had been stashed there by his friends. The restaurant was chosen partially because of its old-style toilets with giant tanks held up on the wall, creating the perfect concealed spot to hide a weapon.

Bathroom fight scenes take on a different tone in Austin Powers movies, especially the one in International Man of Mystery. What starts off as a forgettable sequence quickly evolves into an absurdly hilarious bathroom scene which just gets funnier each time you watch it. As Austin attempts to use the restroom, a secret panel opens from the wall behind him, and a man jumps through to strangle him.

As Austin is fighting off his surprise attacker, the man in the adjacent stall assumes all the over-the-top groans are the result of constipation. The result is easily the funniest scene in Hollywood that relies solely on potty humor. With lines like “Who does Number Two work for?” it’s tough to imagine where the movie would be without this knee-slapping scene.

There you have it. The most iconic bathroom scenes in cinematic history. Sure, it probably won’t ever catch on as an official award category, but it’s still worth acknowledging the crucial role toilets have played in the movies we all love. But not all one-of-a-kind toilets are the stuff of movie magic.

The Portland Loo is the closest thing available to an ideal cinema bathroom. Its highly durable design, energy-efficient functionality, and crime-resistant structure should earn it a spot in a movie or at least a TV show. This unique public restroom alternative comes with a host of advantages that puts other restroom options to shame. Nearly two dozen cities all across the US and Canada have already adopted the Loo.

If you’re interested in learning more about this public facility and how it can benefit your community, feel free to contact us.