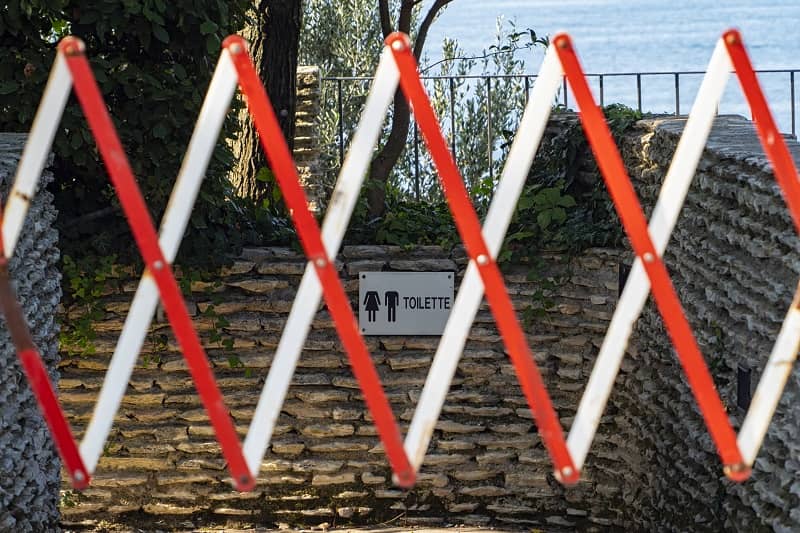 If you’ve ever been out on the town with a sudden urge to use the restroom, you understand just how difficult it can be to find a place…well, a place to “go”. This is a universal issue across the country no matter the city, location, or time of day. The COVID-19 pandemic exacerbated this problem by forcing the shutdown of both private and public buildings, blocking the use of facilities that people used to rely on routinely whenever nature beckoned. Here, we’ll take a closer look at the lack of public toilets in the US and how the pandemic made things worse.

The Impact of COVID-19 on Public Restroom Availability

The far-reaching negative effects of the COVID-19 pandemic and the resulting lockdowns are well-known as every member of society has been impacted in some way. One area of public importance that doesn’t receive enough attention is how the pandemic caused a threatening shortage of public restrooms.

Without any time to prepare, entire cities were shut down overnight for months on end in early 2020. This inadvertently resulted in a massive reduction in the number of available restrooms in both public and private establishments. This was a major strain for the homeless population as well as taxi drivers, delivery workers, and ride-sharing contractors.

According to Alison Eisinger, the executive director of the Coalition on Homelessness in Seattle and King Country, Washington’s capital was lacking thousands of once-open public restrooms at the height of the pandemic – a shortage that’s been felt by residents in cities across the United States.

The Worsening of a Preexisting Issue

With private businesses and public spaces closed or exercising extreme caution, the COVID-19 has had an undeniable impact on the availability of restrooms for the public. But this isn’t a new issue. For decades, concerned citizens, NGOs, and even some state officials have been alerting local governments to the troubling shortage of public restrooms across the country.

Unfortunately, there’s no official database of available public restrooms by cities, but that hasn’t kept disturbing numbers from arising. A study published in the Journal of Wound, Ostomy, and Continence Nursing looked at the number of public restroom facilities in parks and recreation sites in major US cities.

Minneapolis-St. Paul led the pack with 24 toilets per 100,000 residents. Not amazing, but not bad either. Nashville, San Francisco, and New York City brought the number to an alarming low with only seven toilets for every 100,000 citizens. Yikes! It’s evident that the issue of limited access to public restrooms predates the pandemic. Fortunately, the problem has been brought into the spotlight.

Public restrooms have an unfortunate reputation of being dirty, ugly facilities that encourage seedy behavior. If you’re under the impression that people only use these amenities in dire bathroom-related situations, think again! Of the small number of public restrooms available, they actually receive a lot of use.

In fact, roughly 60% of Americans report using public restrooms at least one to five times each week! Pretty surprising, huh? But that’s not even the most striking part. More than 20% of people rely on public restrooms to “go” at least six times weekly. These staggering numbers were revealed in a survey conducted by the Bradley Corporation.

Not only is there an obvious and alarming shortage of public toilets, but there are a ton of people who rely on these facilities for a variety of reasons including sprucing up, getting dressed, washing their hands, and – of course – heading mother nature’s call. So, where can citizens and cities find a solution to this overwhelming lack of public restrooms?

The Portland Loo to the Rescue

Now that the pandemic has less of a grip on our daily lives and it’s safe to use public restrooms again, many people are tempted to let the issue of public restrooms fall by the wayside. But it’s important to remember that this was an issue way before the pandemic and one that will continue to persist until people take action. That’s where the Portland Loo can help!.

The Portland Loo is a one-of-a-kind public restroom that brings a level of cleanliness, safety, and efficiency that other bathroom options can’t touch. It’s been used by cities across the globe to increase the availability of restrooms while avoiding some of the negatives that typically come with public facilities.

Whether you’re a passionate citizen, a local leader, or the leader of an NGO, feel free to contact the Portland Loo to learn more about services and pricing. We’ve installed Loos in public parks, business districts, transportation stations, and a host of other locations. We’d be happy to discuss how the Loo can help address your city’s lack of public restrooms.