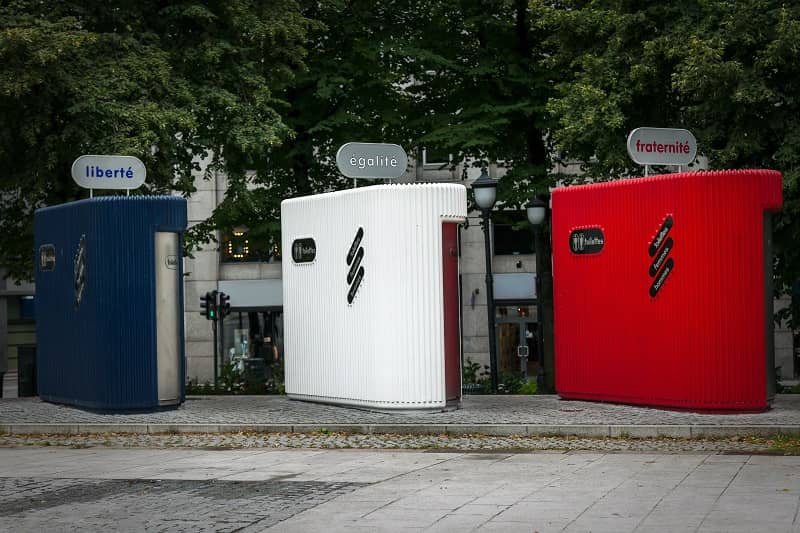 The Portland Loo is available in over 20 locations throughout the city for tourists and locals alike! If you’ve done some travelling around the world, you know how great it is when you can find a good public bathroom. The good news is that you can find a Loo in other places around the world too, but you’ve got to know how to ask first! Here’s how to ask in different languages, and some related tips and examples to help you navigate:

The way to ask for the restroom in Mexico is “Donde esta el bano?” or “El bano, por favor?” You’ll likely find many of the bathrooms in the country to be so creative and full of interesting culture. One thing you’ll notice about Mexico is that you’ll get whiffs of their sewer system while walking around, mainly because it permeates with the warm climate.  Be aware that there are also many places where you’ll have to pay or tip to use the public facilities, so keep some coins with you. And don’t flush the paper down the toilet, just in case! Their sewer system isn’t meant to handle it like ours.

The best way to ask for toilet in France is to say “où sont les toilettes?” Public bathrooms in France aren’t quite as plentiful or easy to find as here in the states, and they’re not known for being super clean either. Some have a green/red light system to let you know whether or not the stall is available. Similar to Mexico, you may have to pay or tip an attendant as well. You’ll also probably notice the variance in different types of toilets here, which keeps it interesting. And they actually have a coin-operated self-cleaning standalone option that looks similar to the Portland Loo!

Italians generally speak English, and many of the public signs are in both English and Italian, so you may find that you don’t even need to know the language! But just in case it makes you more comfortable to know, the best way to ask is “Dove e la toiletta Il bagno dovè sta?” Also to keep in mind, some of the toilets there are very very old! Don’t be surprised if the conditions aren’t up to your usual standards, which may surprise you because they tend to keep every other part of their city immaculate. If you’re a history buff, you’ll definitely want to make sure you see the Toilets of Pompeii for some true.

The word トイレ (toire) is Japanese for “toilet,” and the best way to ask for it is to say “Toire wa doko desu ka?” And once you get there, you might get lost if you don’t know the distinction between women and men’s bathrooms! Men is pronounced otoko, and is represented by the symbol 男 . The Japanese symbol for women is 女 which is pronounced onna. They also love advanced technology there, so be prepared to use the variety of fancy bidets available, which is a toilet that features water jets to clean yourself. You’ll also find some squatting toilets as well, which usually include bathroom slippers for you to wear and keep the germs in and around the bathroom so that you don’t track them elsewhere.

There are so many languages spoken in Africa that it really depends upon the region. However, “Metatebiya bet yet new?” is Etheopian, or in South Africa you’re likely safe by saying “Waar is die badkamer?” In South Africa you may not find a lot of public bathrooms,  and when you do it might be a squat toilet (and probably not as beautiful as the ones you’ll see in Japan!), so you’ll likely want to spend some time learning how best to use them!

If you want to use the bathroom in Thailand, the best way to ask is “hong naam yuu tii nai?” In Thailand, it’s common to find the traditional western toilet, as well as the squat toilets you find in many Asian countries – where the toilet bowl is in the ground, and steps on each side to place your feet. You’ll probably find a small tub of water next to the no-flush western toilets – which is meant for you to fill the provided bucket or cup with water from the tub and splash yourself clean. They may also have a ‘bum-gun’ which is basically a hose meant to spray you clean. Kind of like a manual bidet.

If all else fails, it’s been said that “Where’s the crapper?” is generally understood everywhere, so maybe give it a try if you get lost with the right words! Or just look for the silver rounded steel walls and grating on top and bottom if you’re in an area with a Portland Loo. And if you’re looking for an affordable, clean, and secure bathroom like the Portland Loo for your city or organization, contact us and we’ll be happy to go over the specs and other details with you.