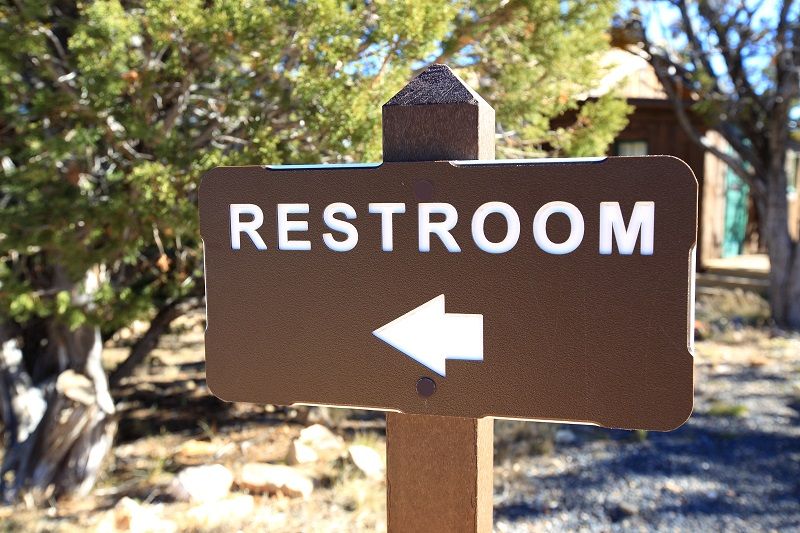 There are now over 20 Portland Loos located in Portland, helping to keep the city clean and crime-free! But Portland isn’t the only city benefiting from the silver sleek standalone bathroom –  another 20 cities have put The Loo on their own streets and sidewalks. One such location is Emeryville, CA near San Francisco – which is most notable because it’s probably the smallest city with a Loo – the city itself is only 1 square mile!

Emeryville has a public park in a pretty busy part of the city off of a main highway, which was previously getting most use from people who were experiencing homelessness. A few years ago there was a decision from the city to give the park an update, and convert into a skate park in order to activate that space better, and make it nicer and cleaner for their residents. They realized they needed to install a public restroom –  as people using the park had been resorting to using the bushes!

The project to put in a bathroom was the brainchild of Maurice Kaufman, who was the Public Works Director at the time. He was open to new technologies and liked the idea of trying something new and different from the typical construction build. He and the city’s Associate Civil Engineer Keely Nelson started looking at some of the different standalone bathroom options that could be put right on the sidewalk, including San Francisco’s fancy electronic self-cleaning bathrooms.

During this process they were also working closely with Catherine Firpo, who was in charge of homelessness issues with the Economic Development and Housing Division. Catherine forwarded an article to Maurice that talked about the Portland Loo, and they were excited to see that it met a lot of their needs. They loved it primarily because it was able to serve both the homeless and general public populations, and the price was similar to a standard build so there wouldn’t be a huge difference in the overall investment.

They also really liked the design – the sleek modern look went well with the new design of the park. And the gratings at the top and bottom meant that the police department could drive by and see what was going on without getting out of the car.

Once they decided to go with Portland Loo, the city’s building department reviewed everything and found that the Loo’s standard door wasn’t meeting their ADA requirements. Keely was impressed that the team at the Portland Loo was able to redesign the door handle and create a custom door to meet the Emeryville city code.

From there it was easy to add the Portland Loo to the designated location in the park! They already had utilities on site, so after installing the foundation, they simply used a crane to lift the prefabricated Loo and put it in place.

The city has since been happy with their decision. Jamall Hudson is a current public works employee who gets contacted when anything breaks or gets complained about inside city property lines, and said that the only real damage he’s seen is with the toilet roll dispenser. “You get the weird people that wanna clog up the toilet with paper, so I’ve had to repair that several times.”

As with any public bathroom, there’s still some plumbing issues, graffiti, and syringes found on occasion. But overall Jamall is happy that the city found a restroom that doesn’t take up a lot of real estate, so it’s easy to maintain – and keeps people out of the bushes.

The park’s location is off of a major highway in a heavily trafficked area, and the Loo is the only public restroom in the area, which means it gets lots of use. There’s also a charter school nearby that also walks over to the park often, so those kids are using it along with the skateboarders, residents, and homeless populations.

Keely loves how it’s no frills; there’s nothing inside to mess around with. “It’s spacious and private at the same time, and the design fits in well with the neighborhood.”  She’s also heard discussion of possibly putting another one in a different park in the city, “which must mean it’s well-liked by others too!”