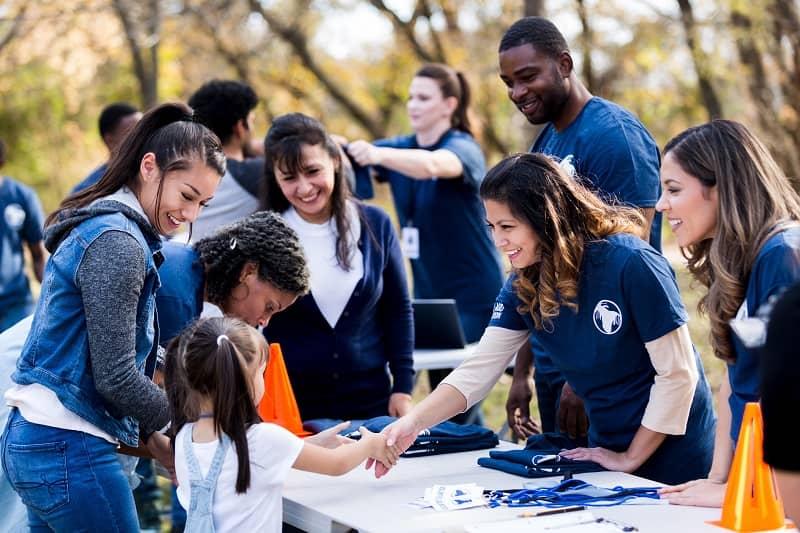 Enacting any kind of a social or political change is not something that is ever done alone.

If you’re going to take up the cause of bringing The Portland Loo to your city, you must recruit others to your cause.

Politics is the art of multiplication. Fortunately, there are a few cheap, easy steps you can take to enlist others to join your ranks.

There are reasons that committees are widely used as a way to get things done. If you have the right people in the right roles and everyone does their part while coordinating on the bigger picture, your chances of success grow exponentially.

One focus of the committee’s efforts can be to gather signatures to present to the city council. There are a couple of ways this can be done. The first is to have someone go door to door. Another is to have a table or a booth at local events that you know crowds of community members will be attending. The upside of that approach is that many signatures can be gathered in the space of just an hour or two.

Believe it or not, most local government meetings are not widely attended by the public. Unless there’s a controversial topic on the agenda, it’s not unusual for there to be nobody present in the audience.

This creates an opportunity for local grassroots organizations to be heard. The agendas for those meetings typically have dedicated time set aside for visitor comments. Anybody can take advantage of that and directly address the governing body.

There are ways to get ahold of most elected officials via telephone. Even if they don’t make their private cell phone numbers public, many of them have a voicemail system set up at city hall to receive and retrieve messages from citizens. With a little bit of organizing and coordinating, a series of phone calls can be made to councilors urging them to support a particular proposal or take a position on an issue. As local elected officials, it’s their duty to be responsive to the wishes of community members.

5. Do a Letter Writing Campaign

This is a very old-fashioned, tried and true method of getting the word out. There are reasons it’s always been done—it’s remarkably effective.

The modern twist is to send an email. That only takes a few seconds. And if it’s sent to an official email address, it has the added bonus of creating a public record.

Because emails are the most common, preferred method of communication these days, thoughtful handwritten letters can have a tremendous impact, especially if several of them are received on the same topic.

If you’re interested in learning more about The Portland Loo and what it takes to bring one to your city, feel free to contact us. You can also, go to www.portlandloo.com.