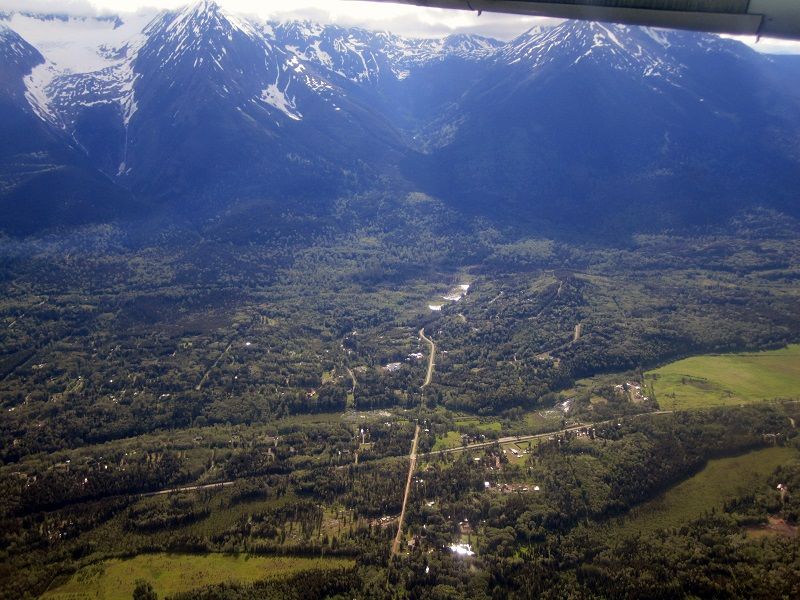 You may know that The Portland Loo isn’t just in Portland; there are several cities around the globe that host the unique standalone public restroom. In fact, the Portland Loo has been so popular in Canada, it was voted Best Bathroom in Canada several years ago! The win of the restroom that is sometimes referred to as “Langley Street Loo” in Victoria BC, was a victory over other celebrated washrooms all over the country.

Smithers is another BC town that has a Portland Loo. A small mountain town in the northwest corner of the province near Alaska, Smithers’ main claim to fame is the main street and downtown. It’s a wonderful vibrant center, and full of great local businesses with attractive storefronts, setting them apart from other communities in the region. City Mayor Taylor Bachrach says the town council and business owners over recent decades pride themselves for “leaving it a little bit better than we found it.”

A few years ago, during one of the public conversations, they were talking with Smithers’ residents about how to improve the downtown area, and many business owners expressed the need for a public washroom. Many of them were providing their washrooms for visitors and were tired of the extra maintenance and clean up that came with the high level of non-customer traffic.

After further discussion, it was decided that a public toilet was needed in the downtown area. They directed city staff to look at different options, and in the end looked at two distinct solutions. The first was to use a town-owned lot to build a wood-frame traditional washroom, and the other option was to use the Portland Loo on a downtown street. They looked at the pros and cons of each, including the upfront capital costs “If we’re going to make a big investment, we wanted to make sure it was safe and accessible for as many people as possible,” said Mayor Bachrach.

But, as many cities know, public washrooms are tough to get right; they get abused by the public, are subject to vandalism, and need to be a private space – but hopefully not one where people linger. That’s why Mayor Bachrach says they ultimately, fixated in looking at a full life-cycle analysis. When the costs came in – the long-term advantage of the Loo was clear.

They could see that a lot of thought and innovation went into the design and development, with a long track record of success in Portland and other cities. Plus, they recognized they would have more flexibility to place it in a high traffic area downtown, as it took up little space and wouldn’t have the same land requirements or costs. So not only was it efficient in terms of space, but there’s typically less vandalism when a restroom is placed in a populated area.

Once they settled on The Portland Loo, there was further public consultation about the location. They originally planned to locate it adjacent to the public square, but due to various concerns they decided to move the location near the town clock, which luckily was easy to make that location switch with a prefabricated restroom like the Loo. The spot chosen is right in the heart of downtown, near a vibrant cafe with lots of retail activity too. They were thrilled at how smoothly the installation went, it showed up on a truck, and a local contractor did site prep, hookup, and servicing.

Upon the 2016 installation, the people of Smithers had a grand opening party, with a BBQ fundraiser for a local charity to celebrate their new downtown toilet, inviting all of the nearby communities. They wanted to commemorate the significance of improving their part of the world with a ribbon cutting – although, like many Portland Loo grand openings, toilet paper was used instead of the traditional red ribbon!

One of the most interesting differences about this Portland Loo location is that Smithers is an extremely cold climate, often reaching -25 to -30 degrees Celsius! They worked with The Portland Loo team to make some small modifications, such as wire in the toilet to keep the water from freezing, so that it could operate and stay usable for as many days in the winter as possible. The very first winter of operation, they indeed had to lock it up during some extreme cold, but not for long (fewer than 10 days)! Other than that, it’s open 24-hours a day, every day of the year, and for their region up North that’s unprecedented.

The other real advantage they’ve found is that it’s an easy facility to keep clean, because of the coated steel walls and self-contained with cleaning supplies. In the two years of operation, they’ve had little if any damage to the facility since it was installed. The city loves how The Portland Loo serves the full range of people who need it, including marginalized folks who don’t have other options, and stays clean and safe enough for tourism and other residents to use comfortably too.

Although not everyone embraced that it wasn’t built inside Smithers (even though significant work was done by local contractors), and there were some wish the look was more consistent with current wood and rock that decorates much of the downtown scene. In fact, because The Portland Loo has a certain unique attractive look that’s so recognizable, when someone moved to there from Victoria, they noticed it right away and was impressed that a small northern community like theirs had one too!

And it definitely gets a lot of use, and many businesses in the community have expressed how happy they are with this option for city visitors. It’s been very well received by local Steelhead fisherman, as they congregate in the area early mornings before they go out fishing, and they didn’t have the option of a public washroom there before.

All of the advantages outweigh any small rumblings, and overall, they are thrilled with the restroom’s performance so far. Mayor Bachrach knows that it’ll be best measured a decade down the road, “It’s over the long term, when we’ve had a chance to assess the performance of the infrastructure over time, that we will be able to say for sure. But two years in, I can say that things are looking pretty good!”