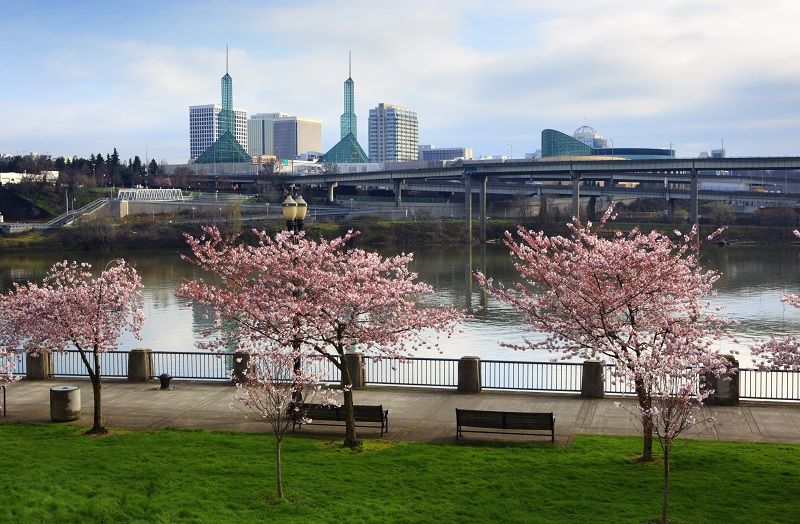 According to estimates from the Population Research Center at Portland State University, Oregon added 54,200 new residents during the year that ended July 1, 2018. And even though that’s down from the 60,000+ people moving to the state in the previous year, the city’s population is expected to keep growing. However, the birth rate is down while Baby Boomers are living longer – so the overall population is aging. This echoes what’s happening across the country. By 2030, one out of every five people in the will be 65+ and about three out of every five people in the world will live in cities! This puts more pressure on cities to provide solutions for housing, transportation, and social services. Here are some ways that Portland has already been adjusting to the population boom over the past few years:

There are several new ways that Portland has encouraged the use and availability of alternative transportation options. One of the primary ways they did this was approve a $36 million plan that will make bike commuting and public transit more safe with bus-only travel lanes and a network of protected bike lanes. And let’s not forget that the city also launched the Vision Zero initiative, with the goal to make Portland’s transportation system as safe as possible, ultimately with the goal of zero traffic-related fatalities and serious injuries in the coming years.

Portland has plenty of advocates that want to further more car-free options, including old-fashioned foot traffic. The city has been improving dozens of dangerous pedestrian crossings in the city’s center over the last year! Portland has also welcomed car-sharing options like Zipcar and Car2Go, as well as share rides like Uber and Lyft. And, most recently, the city approved a four-month pilot program that allowed electric scooters on city streets, which instantly became a huge hit.

With a growing population, it’s crucial to have more clean parks and other public spaces such as resting areas, community gardens, and dog parks. Portland just approved a 15-year $94 million master plan for Washington Park to increase access and all kinds of improvement around the area. This is crucial to protect some of the city’s most-coveted public spaces, which houses the Oregon Zoo, Portland Japanese Garden the International Rose Garden, and Hoyt Arboretum.

Good lighting, security, and sanitary facilities are also important with a growing population. This is one of the many reasons why the city has had 18 Portland Loos installed over the past 10 years! Our signature 24-hour standalone restroom has advanced public transit, fostered tourism, and encouraged clean and crime free streets at a time when the homeless population has also increased.

In addition to outdoor spaces, Portland has also created policy to help ensure equitable distribution of accessible social spaces.They are working towards a healthy connected city network that is defined as The Urban Design Framework, which will strengthen centers, corridors, and greenways over the next 15-20 years. They’ve also actively encouraged older adults to participate in civic affairs and advocacy, especially those groups that have been underrepresented and unheard in the past.

Affordable Housing has been an issue that Portland has desperately been aiming to solve. The city finally passed the “Greedy Landlords” initiative that forces any landlord that increases rent over 10% to pay for their moving costs. Portland was able to help slow rent increases to levels not seen since 2011 by building thousands of apartments in 2017. The city also had a record year for residential construction permits, with 6,000 permits approved – which should result in more homes to be built in the near future.

The Portland Loo is a clean and secure bathroom that offers high durability with low maintenance at a fraction of the cost of most current stand-alone city restroom models. If your city or organization is looking for a solution for growing or new tourist populations, homelessness, or just needs replacement restrooms, contact us for more details and pricing.