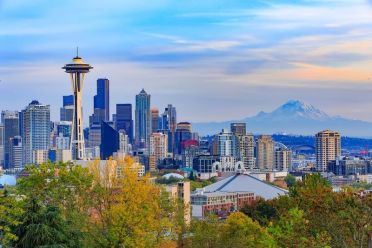 Seattle has officially washed its hands of the five self-cleaning toilets.

The toilets cost the city $5 million. They sold on eBay Thursday evening for $12,549.

All five were sold to Racecar Supply, of Rochester, in Thurston County, with winning bids ranging from $1,625 to $4,899 per commode, said Pat Miller, spokesman for Seattle’s Fleets and Facilities Department. “What a buy,” said Racecar Supply owner Butch Behn. “Wouldn’t you think it’s a really good deal, considering what they paid for them? It was a gift.”

Behn said he likely will install at least two of the toilets at South Sound Speedway, a racetrack the company owns in Tenino. He said he might sell the others, perhaps keeping one for parts.

The high-tech public toilets, with sanitizing water jets and automatic doors, were installed in 2004 to accommodate tourists and transients in Pioneer Square, Capitol Hill, the central waterfront, Pike Place Market and …