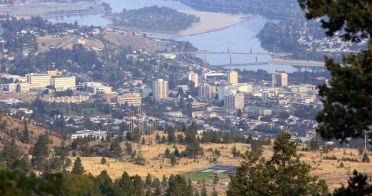 Kamloops, B.C., is getting two shiny, free-standing public washrooms that are made of steel and powered by solar energy.

One Portland Loo, as they’re called, will be installed on Tranquille Road in North Kamloops while the other will be downtown on Victoria Street.

They will be the only public toilets in town available 24 hours a day, seven days a week.

“This is free-standing, really, the top of the line as far as what we want because they need to be indestructible,” Coun. Tina Lange said during the city’s budget meeting.