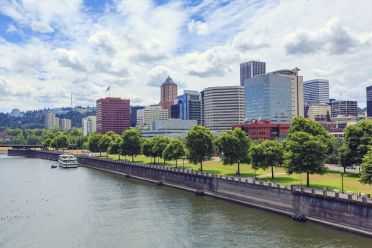 The TV show “Portlandia” may be ending this season, but another iconic symbol of the city’s weirdness continues to spread around the world — the Portland Loo, a locally designed and constructed commode.

It is revolutionizing the way cities solve one the oldest problems in the world, the lack of safe and easy-to-maintain public toilets.

Since the first Loo was installed in Old Town/Chinatown in 2008, another 54 have been purchased, most by 20 other cities.

Portland hosts 15 of the Loos, while Victoria, British Columbia, and Galveston, Texas, have five each. The farthest one is located along Baldwin Street, the steepest street in the world and a popular tourist attraction in the city of Dunedin, New Zealand.

Portland Loos are the only public toilets with their own social media accounts.

And a Portland Loo in Vancouver, B.C. was voted the best public toilet in Canada in 2012.

Most Portlanders are probably unaware of the Loos’ growing popularity. That’s because most of the publicity about them in recent years was related to their role in a long-running utility ratepayer lawsuit against the city. Filed in Multnomah County Circuit Court, the lawsuit charged the City Council with misspending water and …